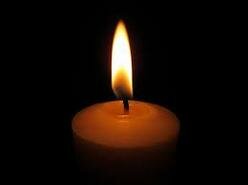 Donald Arthur Kemp, 95, of Ottawa, Ontario, passed away on January 1, 2023 at the Queensway Carleton Hospital after long struggles with cancer and dementia. He was supported by family and community.

Donald was born in Toronto to Thomas Banks Kemp and Grace Janet Foreman on August 13, 1927. He attended Danforth Technical School graduating in 1944. Donald was immediately recruited by Bell Canada into the demanding job of lineman - stringing wires on telephone poles. He quickly worked his way up in the company to Trouble Shooting Supervisor and on to management retiring as the Section Manager – Common Languages Standards. Donald enjoyed baseball, hockey, golf, running, cycling, math, science, jazz, providing for his family, teaching his sons, and helping others. Donald and his wife Norma supported a refugee family, helping them settle in Canada.

Donald is survived by his wife Norma, sons Thomas, Stephen, David, brother Allen, and grandchildren who will greatly miss him.  Donald is preceded in death by his brother Robert.

A private family funeral service was held at Pinecrest Remembrance Services on Friday, January 6 with the Reverend Brian Copeland of the United Church officiating.  Cole Funeral Services has been handling the funeral arrangements.

In lieu of flowers, memorial donations may be made to the Canadian Cancer Society, Prostate Cancer Support, Alzheimer’s Society of Canada, Men and Families. Thank you so much.

Share Your Memory of
Donald
Upload Your Memory View All Memories
Be the first to upload a memory!
Share A Memory
Send Flowers