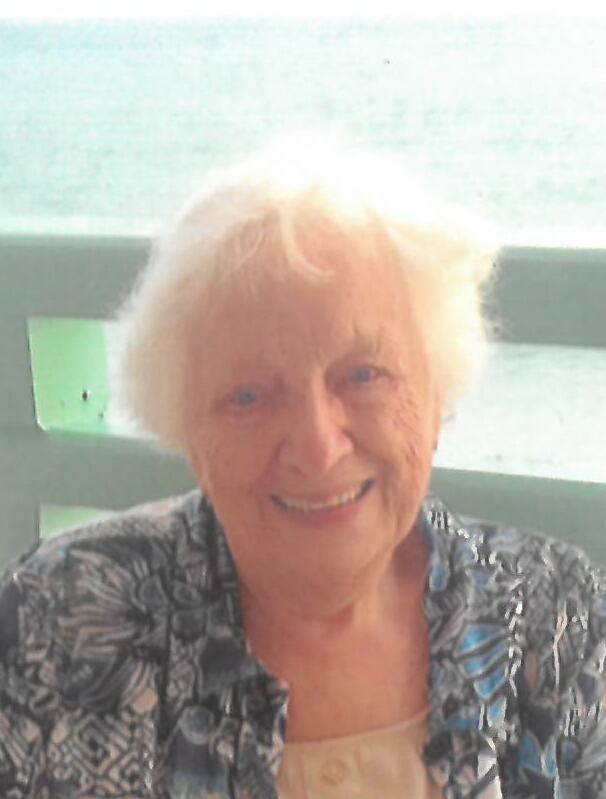 Peacefully passed at the Queensway Carleton Hospital on December 26, 2022 with family by her side. Her family is comforted in knowing she is with her beloved husband, Richard (Dick) Mulcock once again.

She is survived by her children Tom (Jane), Jeff (Donna), Andy (Sheri) and Janice; predeceased by her loving daughter-in-law Andrea.

Audrey, most often referred to as “Nanny Daisy,” will be missed dearly by her cherished grandchildren Jason (Char), Kimberly, Chelsea (Bryce), Spencer (Alex), Courtney (Andy), Ryan and Tyler as well as her great grandchildren Colter and Quinn Audrey.

Born to Eleanor (nee Nutley) and Thomas Donaldson on February 6, 1928 in Windsor, Ontario, Canada, Audrey led an exceptional life. In 1932 she left Canada with her parents to return to their home in England.  In 1940, at the young age of 12, her parents made the heart wrenching decision to evacuate Audrey to Canada on her own to be safe during the London Blitz of WWII. She landed at Pier 21, Halifax Harbour in the Fall of 1940.  During those 5 years, Audrey resided in the Village of Carp, Ontario with her wartime parents Hanford and Muriel Clarke, and their daughter Marcia (Reynolds).  She was warmly embraced by the entire Village and made life long friends Audrey Richardson and Gwen Birrell.

Once returned to England and reunited with her parents at the age of 17 she met the love of her life, Richard, at a community dance . They decided to move to Canada and married on Sept 16, 1950 at the Parkdale United Church in Ottawa where they made their home.

After the sudden passing of Richard in June 1974, Audrey returned to working outside the home with Air Canada which influenced her love for travel. She traveled to many places, but her favourite was always Barbados. Visiting the island became a family tradition and Audrey’s family and friends reunite and celebrate life milestones on the island to this day.

Audrey will be remembered by her joyous laugh, her sparkling blue eyes and her unwavering love and support for her entire family. Her resilience to anything life presented was incredible.

Her family wish to thank Laura Lahey, who provided compassionate care in order for her to remain in her beloved home for as long as possible. Their friendship was truly special and we will be forever grateful for Laura.

A private family celebration of life will be held and Audrey will be laid to rest with Richard at the Pinecrest Cemetery.

Share Your Memory of
Audrey
Upload Your Memory View All Memories
Be the first to upload a memory!
Share A Memory
Send Flowers