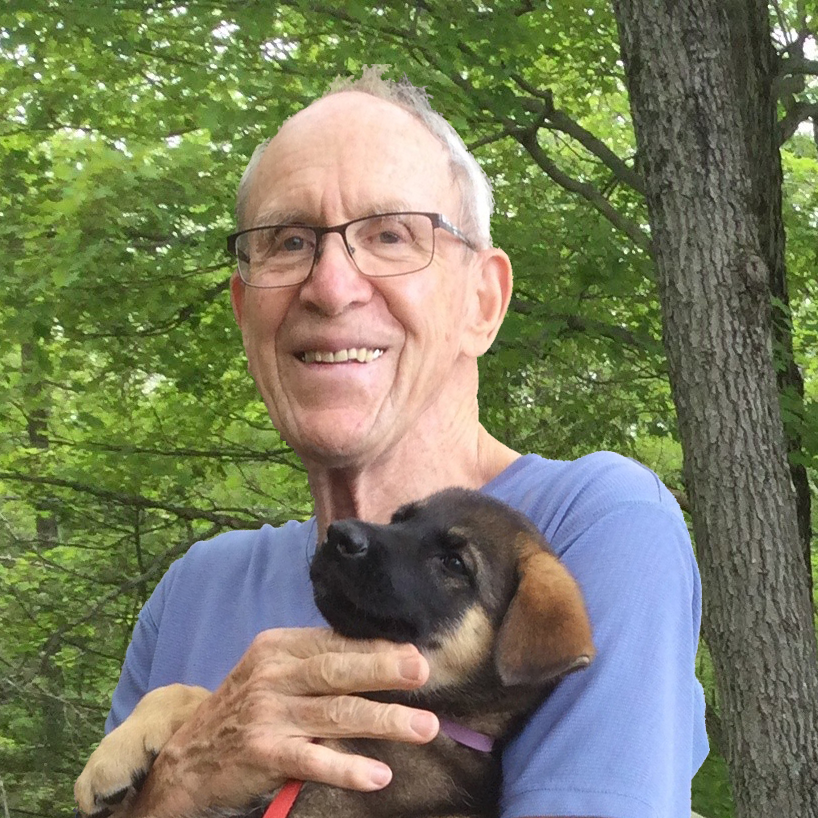 Denton McRae Wilson, 83 of Ottawa, ON, passed away peacefully December 16, 2022 in the Ottawa Hospital, Civic Campus with his wife Ardeth at his side. Days earlier, he suffered an unrecoverable stroke while out doing what he loved, out hiking with his wife and his dog.

Denton was born March 14, 1939, in Vancouver, BC to Vernice (McRae) Wilson and Garnet Wilson. He graduated from Glebe Collegiate in Ottawa in 1958 and earned his Bachelor of Civil Engineering (with Distinction) from Carleton University in 1962. After working in Toronto as an engineer with Ontario Water Resources Commission, Denton found his vocation teaching high school mathematics with the Ottawa Board of Education for 33 years. He soon became the mathematics department head at Hillcrest HS followed by Nepean HS and Laurentian HS. His energetic style ('math-aerobics') and competitive nature inspired many of his students to test their skills with the University of Waterloo Math Contests.

Denton enjoyed an active lifestyle throughout his years: gymnastics and mountain climbing in the Rocky Mountains as a young man, downhill and cross-country skiing, cycling, camping and hiking as he got more mature. He competed in the Canadian Ski Marathons, completed the Rideau Lakes Cycling Tour numerous times, canoe tripped in Algonquin Park, and whitewater canoed down the Nahanni River. During retirement, Denton added bridge and Scottish country dancing to his activities. He was also a skilled carpenter and woodworker and travelled extensively worldwide.

In 1972, Denton bought property at Little Silver Lake, near Maberly Ontario and proceeded to construct his own cottage. Cottage life became a focal point for family and friends year-round. If he wasn't down by the lake with his dog, then likely he could be found in his workshop working on one of his many projects.

Denton instilled a strong work ethic and a love of learning, nature, activity and dogs in his children and grandchildren. His many lifelong friends are an attestation to his kindness and generosity of spirit. His enthusiasm for life was infectious and he never hesitated to tell his family that he loved them, and that he was proud of them.

Denton's family would like to thank the first responders, and all the nurses, doctors and staff in the acute stroke, neurology and palliative care services of the Civic Hospital who helped make his final days comfortable and dignified.

Memorial donations in his name may be made to the Ottawa Humane Society. An outdoor celebration of Denton's life is being planned for the spring.

Share Your Memory of
Denton
Upload Your Memory View All Memories
Be the first to upload a memory!
Share A Memory
Send Flowers