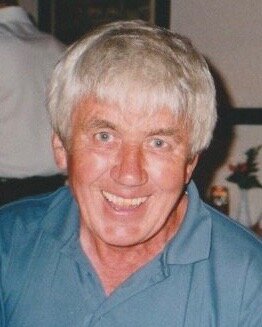 Obituary of Dr. Jeffrey May

It is with sadness that the May family announces the passing of a dear husband, father, and grandfather. Loving husband of Eileen for 61 years and cherished father of Christine May (Rick Tomasi) and Philip May (Joseph Trudelle). He will be sadly missed by his grandchildren Olivia and Nolan Wrigley.

Jeff was born in London England on April 5, 1938 but was raised in Leicester city. He was a lifelong supporter of the Leicester City Football Club and was ecstatic when against all odds they won the 2016 premier league championship.

At 11 years of age Jeff was the first boy at his elementary school to win a scholarship to the Leicester City Boys Grammar School. At 14 a teacher frustrated by Jeff’s lackluster academic performance predicted that he would end up a ‘barrow boy’ in the market. This was enough for him to take his education seriously and to prove this person in authority wrong. He eventually obtained an electrical engineering degree from London University and later a Ph.D. in electrical engineering at Queen’s University in Belfast, Northern Ireland.

Jeff met Eileen when they were both students in London and after graduation in 1960, they were married. They borrowed $300 and caught a boat to Canada, settling in Ottawa. Jeff worked at Bell Northern Electric before returning to the UK to do his PhD. When they returned to Ottawa Jeff began working as a research scientist at CRC.

Jeff loved golf and while he played at many clubs, he had a soft spot for the old Edgewood Golf Club near Constance Bay. In fact, he was a founding member of that club in the 1960s. When his health no longer allowed him to play golf, he became a keen fan of Formula One motor racing. Recently on race days the family would gather with him in his man cave in the basement and cheer on Lewis Hamilton of the Mercedes team.

Many thanks to the doctors and nurses of the Saint Elizabeth palliative care team and to Shane, an indispensable PSW. All helped Jeff so much in his final weeks allowing him to have a peaceful passing at home surrounded by his family. He was able to enjoy the World Cup during his final days although he was not happy when England lost.

Please join us for a Celebration of Life at the Pinecrest Remembrance Centre on December 19th, 2022, from 3:00 p.m. and 5:00 p.m.. In lieu of flowers, consider donations to Hospice Care Ottawa.

Share Your Memory of
Dr. Jeffrey
Upload Your Memory View All Memories
Be the first to upload a memory!
Share A Memory
Send Flowers