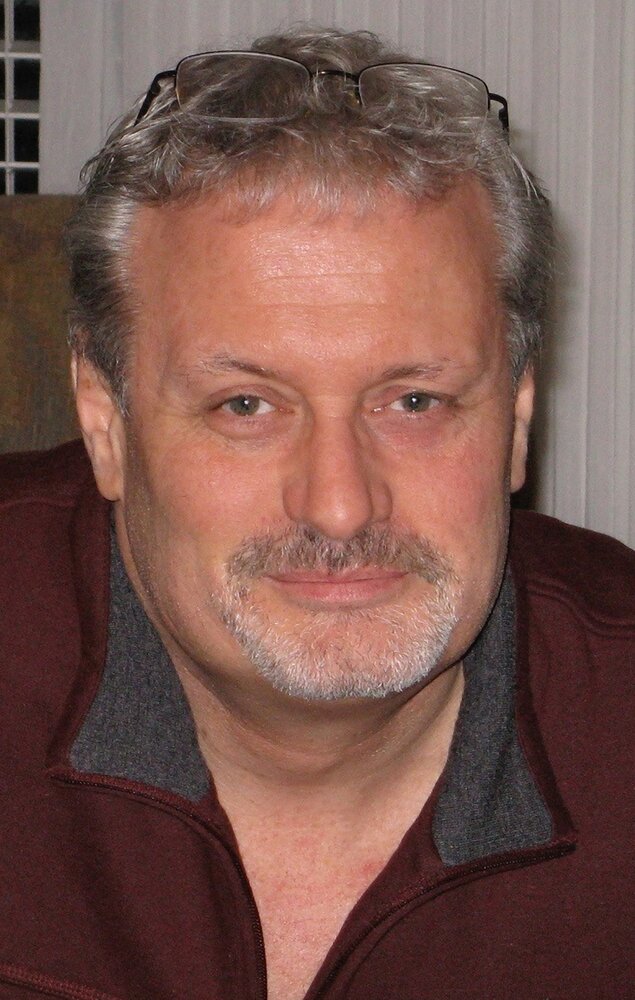 It is with great sadness that Tim’s family announces his passing after a short but intense battle with Multiple System Atrophy. He was an MSA Warrior who fought to the bitter end through great hardship, to extend his life and enjoy every moment he could with his family. He said often that he was so grateful to have a wife and sons that were there for him in this fight, helping in all ways to make his life better, easier, fun, as well as his sister Sue who was instrumental in assisting Tim with his physio, keeping him strong in body, mind and soul. He died suddenly in his sleep on the morning of October 9, 2022, while resting to build up the energy to enjoy Thanksgiving with family. He loved family get-togethers, but they had become very difficult for him in the last few years due to the symptoms of his disease and the ups and downs of his medication. We hope he was dreaming of eating turkey dinner with all the fixings, one of his favourite meals, when he passed. He was only 60 years old on the day he died.

Tim was a loving, devoted husband and father and a beloved brother, uncle, great uncle and friend. Left to cherish his memory are his wife of 35 years, Annette, his sons Aiden and Liam, his sisters Susan and Elizabeth (Chris), his brothers Mike (Jan), Jeff (Janet) and John, his parents-in-law Miranda and Hans, sisters- and brother-in-law, as well as nieces, nephews, great-nieces and great-nephews and his best friend and Friday-Night-Buddy Derek Hagen. He was predeceased by his parents Irene and Cliff, and his youngest brother Christopher.

Tim was born on March 17, 1962 – the pride of his Irish grandfather – you can’t get more Irish than “Timothy Patrick” born on St. Patrick’s Day. He was the middle boy in a family of 7 children – lots of family, lots of love. He had a special and loving relationship with all of his siblings right to the very end. He graduated from Philemon Wright High School (where he met his wife) in 1979, completed a few semesters of Arts at CEGEP, then applied to Algonquin College to learn the trade of Graphic Design. He was a skilled Graphic Designer successful in his career. He taught himself how to use Photoshop in the evenings, after work, and was considered an expert in photo manipulation, though he was too humble to ever admit it. At the end of his career, cut short due to Covid and the encroaching symptoms of MSA, he was creating amazing and complex instructional videos for government projects and his work was highly valued.

Tim’s greatest joy in life were his children, whom he adored and was extremely proud of, and his wife Annette, with whom he shared 45 years of his life. Tim and Annette married in Barbados in 1987 surrounded by family, ocean and excellent locally-made food. For many years Tim enjoyed learning to cook, before his body was unable to continue doing so. He was a foodie until the end, especially loving charcuterie boards. He never met a dog he didn’t love and who didn’t love him right back. He adored all babies and was looking forward to being a grandpa. He was skilled at setting up and servicing computers and was determined to have the best surround sound for his 3D TV, which he loved – family movie nights were always a major set up! In the early years he was a prolific painter of science fiction scenes but he was unable to pursue this pastime once his family duties called. He had hoped to get back to that one day.

Tim was a kind and gentle man, willing to help anyone when he could and he encouraged his family to do the same. He had only gracious thoughts and words for family - he was thankful for everyone in his life. He worked very hard for his wife and sons and he had a great sense of humour. One of his greatest pleasures was that he could still make his wife laugh with his goofy jokes, after all their years together. Those who knew him well, loved him very much. He will be greatly missed, especially by Annette, Aiden and Liam – our lives will never be the same without you – we love you so much. It wasn’t supposed to end so soon. "Goodnight Love"

A Celebration of Life will be held on Thursday, October 20, 2022 at Pinecrest Visitation Centre, 2500 Baseline Road, Ottawa. Gathering at 10a.m. Service to folow at 11a.m. Minister: Stanley Hanna .Following the Celebration of Life the family wishes to invite everyone to join them for a time of fellowship at Le St. Laurent Restaurant, Penthouse, 460 St. Laurent Blvd.

Donations in Tim’s name can be made to the MSA Society of Canada, The Humane Society of Ottawa, or the Autism Society of Ontario, Ottawa chapter.

Share Your Memory of
Timothy
Upload Your Memory View All Memories
Be the first to upload a memory!
Share A Memory
Send Flowers