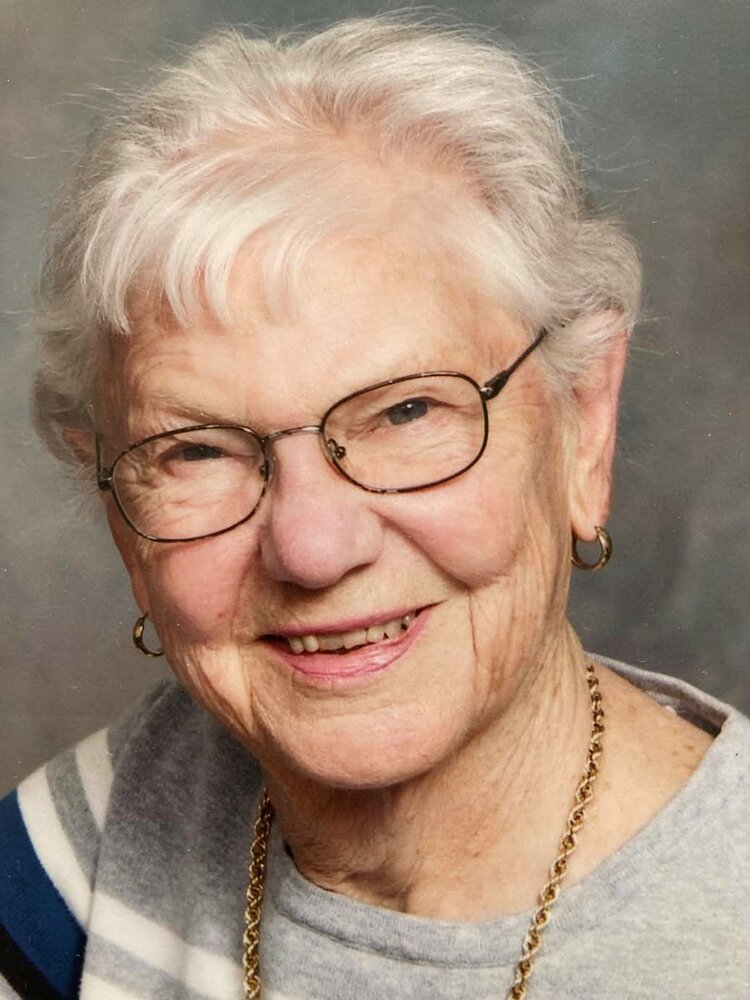 We are saddened to announce the death on July 6, 2022 of Lois Ann Lithgow (Milne), age 89, wife of Laurie C. F. Lithgow, daughter to George and Gladys Milne, sister to Jean, Bill, Teddy and Jack. She is survived by her two sons Peter J. F. Lithgow (Carol Stephenson) and Michael A. Lithgow (Reisa Klein) and granddaughters Shadai and Wren. Lois was born in Toronto August 4, 1932. Her father George worked on the railway, and she cherished memories of living in a train car in northern Ontario with her father and siblings during the summer months. She was someone who loved to be on the go. In 1952, she and a friend delivered a new Ford to Vancouver from Toronto, and then hitchhiked back to Winnipeg, where - at her mother’s insistence - she and her friend boarded a bus for the remainder of the trip home. She graduated from the Ontario Teachers College in 1953, taught at Roden Public School in Toronto from 1953-1957, 1959-1962. She married her lifelong husband in 1957, and in 1959 she and Laurie moved to London, UK for a teaching exchange, where she taught grade 4 at Lewisham Bridge Public School and travelled throughout Europe. In 1969, she and family moved to Memphis, Tennessee where she learned to weave. She was a member of the Memphis Guild of Handloom Weavers 1971-1975, the Edmonton Weavers Guild 1976-1979, and the Sask. Weavers Guild 1980-1983. When the Tennessee public school system introduced bussing in the early 1970s, Lois joined other parents who went door to door asking families not to withdraw their children from the public school system. She was an active member of the congregation of Trinity United Church in Ottawa from 1983 - 2022. Among her many contributions, she visited the sick and elderly, providing company and cheer where it was needed most. She received her 25 year pin for volunteering at the Ottawa Civic Hospital in 2019. Lois cherished the friends she made at Villagia Ottawa Retirement Home, where she spent her final years. Her indomitable spirit, her sense of right and wrong, her insistence on helping the underdog, and her plucky need to speak her mind live on in the memories we share and the lives we live — Mom, Aunt, Nana, Cousin, Great Aunt, neighbour and friend.

Share Your Memory of
Lois
Upload Your Memory View All Memories
Be the first to upload a memory!
Share A Memory
Send Flowers