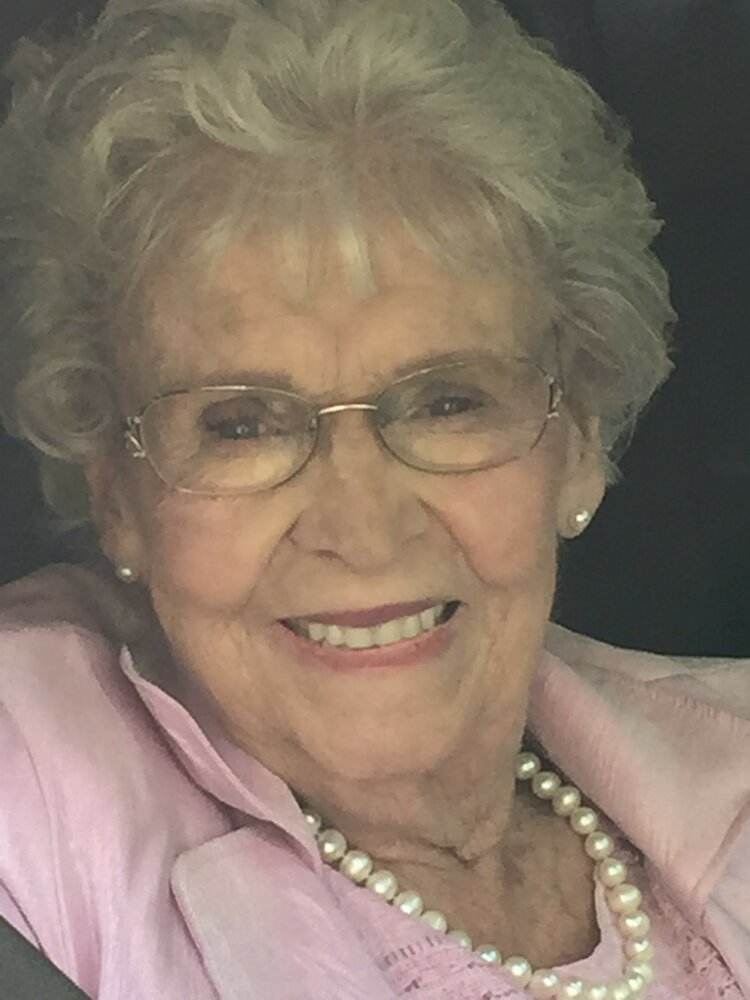 The long, full life of Shirley Irene Coutts (Campbell) ended, on April 28, 2022, in Ottawa, at the age of 94.  Our mother’s passion for music, her intellectual curiosity and her appreciation of style surfaced in many ways and at many times throughout her lifetime.

Shirley was born in 1928 in Winnipeg, to Lilian (Emerson) and James Campbell and the younger sister of their son Douglas.  They lived in a modest house on Niagara Street where Shirley lived until she married.

By the time Shirley completed high school, she had completed all levels of the Royal Conservatory of Music program for piano.  Playing piano, and later organ and harpsicord, brought her and others joy throughout her life.  Even in the last decade of her life, when she could no longer play, she remained an avid opera buff and volunteered her time to help others learn more about classical music.

After high school, Shirley attended the University of Manitoba, in the English honours program.  There, while playing bridge, Shirley met an engineering student, Malcolm Coutts.  Months later, Shirley accepted Malcolm’s marriage proposal on the condition that he graduate successfully.  They married after graduating from university, a marriage that would last over fifty years.

Shirley worked during their first year of marriage but then, the young couple moved to Cleveland, Ohio where Mac had his first job as an engineer.

They returned to Winnipeg a year later and, in 1953, their first child Catherine was born, followed eighteen months later with the birth of their first set of twins, Douglas and Dwight.  In 1962, her second set of twins, Duncan and Carol were born.  That set a precedent and thereafter Shirley often had dogs in pairs too, pointing out that they always had company.

In 1966, Mac took a promotion and the family moved to Ottawa.

A few years later, once the youngest twins were in school, Shirley resumed her career outside the home.  She enrolled in Ontario Teachers College and was awarded a teaching certificate a year later.  Soon after, she started teaching at Roland Michener Public School where she worked until retiring some 20 years later.   Among her roles at the school were teaching music and being the school librarian.  During this period, she continued to take post-graduate courses in education, managing to accomplish this while working full-time and being the mother of five.

Shirley loved cottage life, initially at Willard Lake in Northern Ontario, where her family owned a log cabin for two generations.  Later in Ottawa, Mac built a beautiful home on Kennebec Lake which Shirley, with her great sense of aesthetics, decorated with beautiful antique Canadian furniture.

Mac and Shirley retired to their country home where they enjoyed rural life and were active in the community of Arden, Ontario for another 15 years.  During this period, she had time to invest in deepening her music performance skills even further.  On any day of the week, one might find her at the piano, sight reading Liszt or another composer.   Shirley played the organ in church and she and Mac were active in the Glee Club including performances at Roy Thompson Hall. Mac and Shirley were quite the musical couple with her playing the piano or organ and Mac accompanying with his beautiful baritone voice.

After Mac died in 2003, Shirley continued to live at their cottage for several more years before moving to an assisted living residence in Kanata where she lived for the remainder of her life.  During this period of her life, Shirley returned to playing bridge regularly and for several years hosted a monthly classical music appreciation class of other seniors.  She learned to be an expert computer and iPad user, using these tools to extend her world beyond the retirement home, to visit with her distant children, to follow current news events, to play the NY Times crossword puzzle regularly and to access the music she loved most.

The CoVid pandemic made the last two years of our mother’s life very difficult.  Medical issues that would normally require only brief hospitalization turned into endless months of quarantine in hospital with little contact beyond the care workers and web calls with her children.

During the last two months of her life, in palliative care, there was some relief.  She was supported by her children, at least one of whom was with her for most of the time she was awake.  She died peacefully free of pain or anxiety.

Share Your Memory of
Shirley
Upload Your Memory View All Memories
Be the first to upload a memory!
Share A Memory
Send Flowers