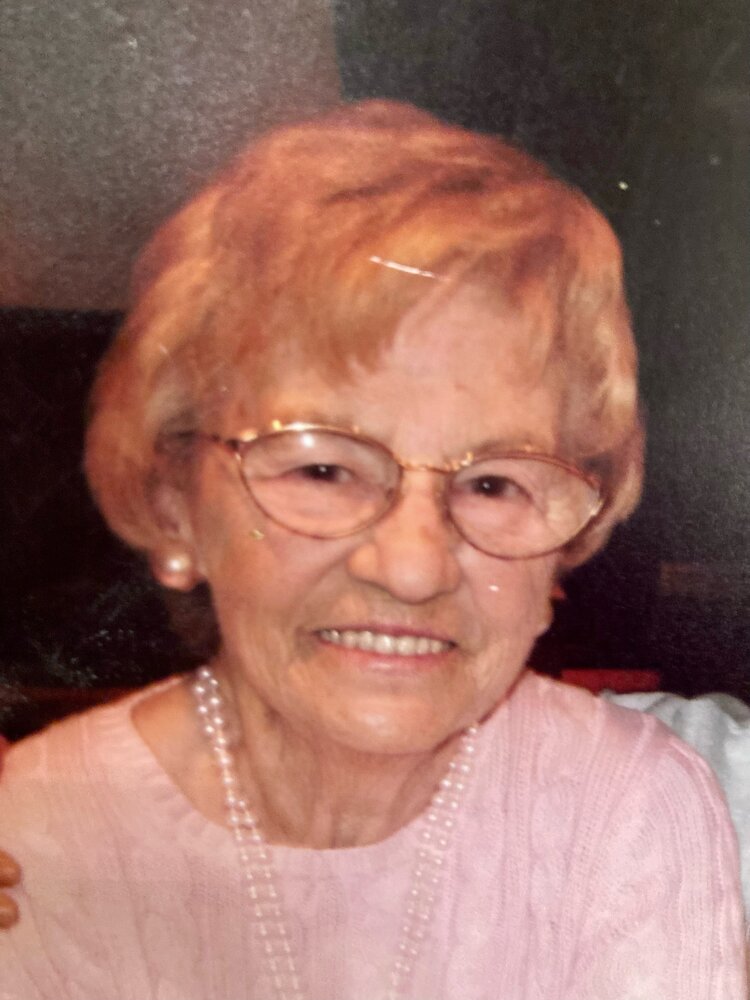 Terry Bray passed away peacefully at the age of 96 on April 13, in Ottawa Ontario after a long, wonderful life.  Terry was born in Ottawa to the late Alice Dionne and Aurele de la Salle.  She was the dear sister of Cecile, Rollande, Bob, Gerry, John and Paul.  Her beloved husband, Mike Bray, predeceased her in 1979.  Terry worked retail for many years, most notably as a Manager at Ottawa Leather Goods.  She had a great passion for travelling and camping with Mike, reading, knitting, and enjoying her lovely home.  Terry is survived by her two daughters Lynn (Michael Leslie) and Diane; her beloved grandchildren, Mischa, Barb (Dave Bush), Jessica and Shawn, and great grandchildren Amanda, Brandon, Hope and Mya.  Lynn and Michael would like to express their sincere appreciation to her physician, Dr. Jessica Strike and the staff at the Perley Rideau Assisted Living, in particular Ursula, Stephanie, Ayecel, Jeanelyn, Joy, Terence, Naslyn, Carla, Anna, Marie and Juliet for the care and devotion they showed towards Mrs. Bray. She will be missed. In lieu of flowers, donations can be made to the Ottawa Mission or the Ottawa Humane Society.

Share Your Memory of
Terry (Therese)
Upload Your Memory View All Memories
Be the first to upload a memory!
Share A Memory
Send Flowers