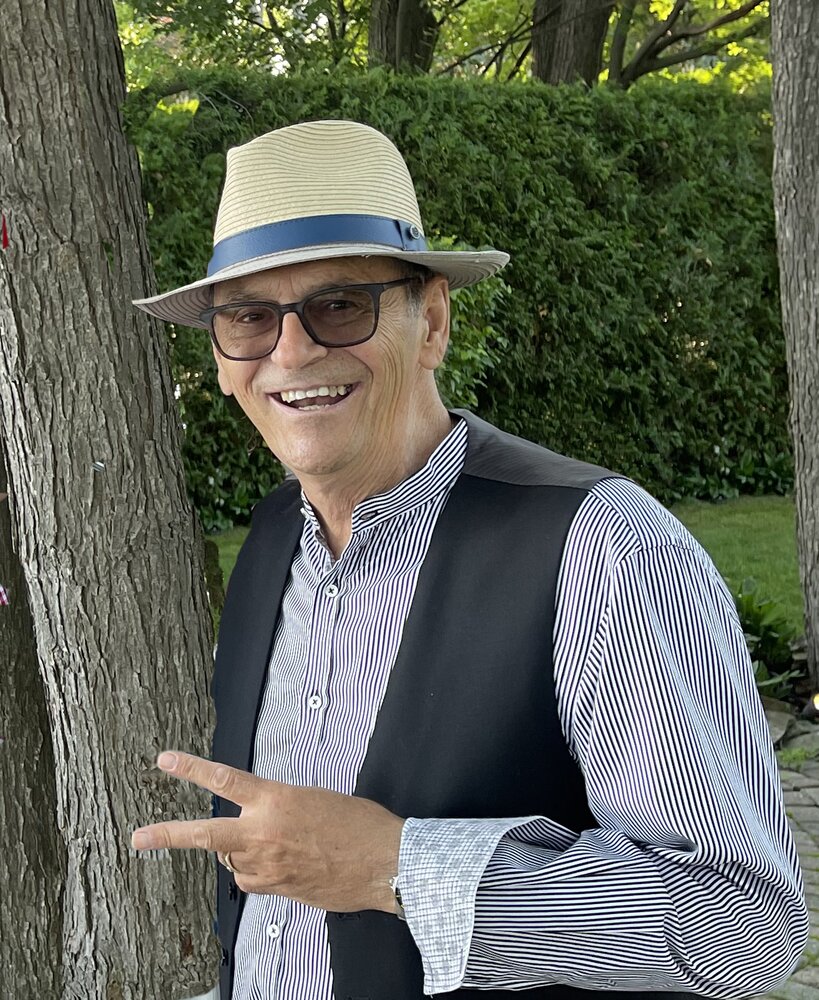 With very deep sadness we said goodbye to our beloved Dennis on April 19, 2022.

He left this world surrounded by the love and support of his family.

Dennis was a kind and gentle man who worked hard and loved the life he lived to the fullest… always on the ’Top Shelf’. From his early days as President of the Students’ Council for Algonquin, the first bilingual High School in Canada he was destined to be a leader. His accomplishments were many. From completing his MBA while working full-time as a District Vice-President with Scotiabank to supporting so many local charities with his time and resources. Dennis enjoyed coaching and mentoring many bankers over the years. After 43 years he retired from Scotiabank in 2012 and became Chair of United Way Canada and later went on to chair Volunteer Ottawa. Over the years he worked tirelessly on many boards including Ottawa Hospital Foundation, Youville Centre, St Joe’s Women’s Centre, Ride for Dad, Sprott Business School and Youth Services Bureau. He received many awards including Quality of Life, United Way Community Volunteer of the Year, the Queen Elizabeth II Diamond Jubilee Medal and Senate of Canada Medal in recognition of his community service.

Dennis was affectionately known as ‘Mister Saturday Night’.  He loved to have fun and he created much of the fun himself. He especially loved to play hockey with his friends … learning to play for the first time at the age of 58.  Some of his other passions were skiing, motorcycling, cycling, ‘live’ music, good food and wine… and especially his nine precious grandchildren.

Dennis loved his family and friends and never missed an opportunity to spend time with them, celebrate with them, travel with them or just sit on the deck and talk with them. He cared deeply and listened intently and made everyone feel special.

He was the most perfect partner, husband and best friend to Dorothy and their love for each other remained ‘ageless and evergreen’.

Although the past three years have been challenging and painful, Dennis moved forward with courage, positivity and grace, facing every obstacle and fighting cancer to the end.

You may pay your last respects to Dennis at a Visitation to be held on Tuesday, May 3rd from 3 pm to 7 pm at NeXT,  6400 Hazeldean Rd. in Stittsville.

In lieu of flowers please consider a donation to one of the charities Dennis supported or a charity of your choice.

We would like to thank Drs. Spacek, Vickers, Awan, El Sayed, Gaudet and Naik, as well as special caregivers Irene, Cathy, Johnson and Linda.

A Celebration of Dennis’ Amazing Life will be held at a later date.

We will love him and miss him forever.

Share Your Memory of
Dennis
Upload Your Memory View All Memories
Be the first to upload a memory!
Share A Memory
Send Flowers