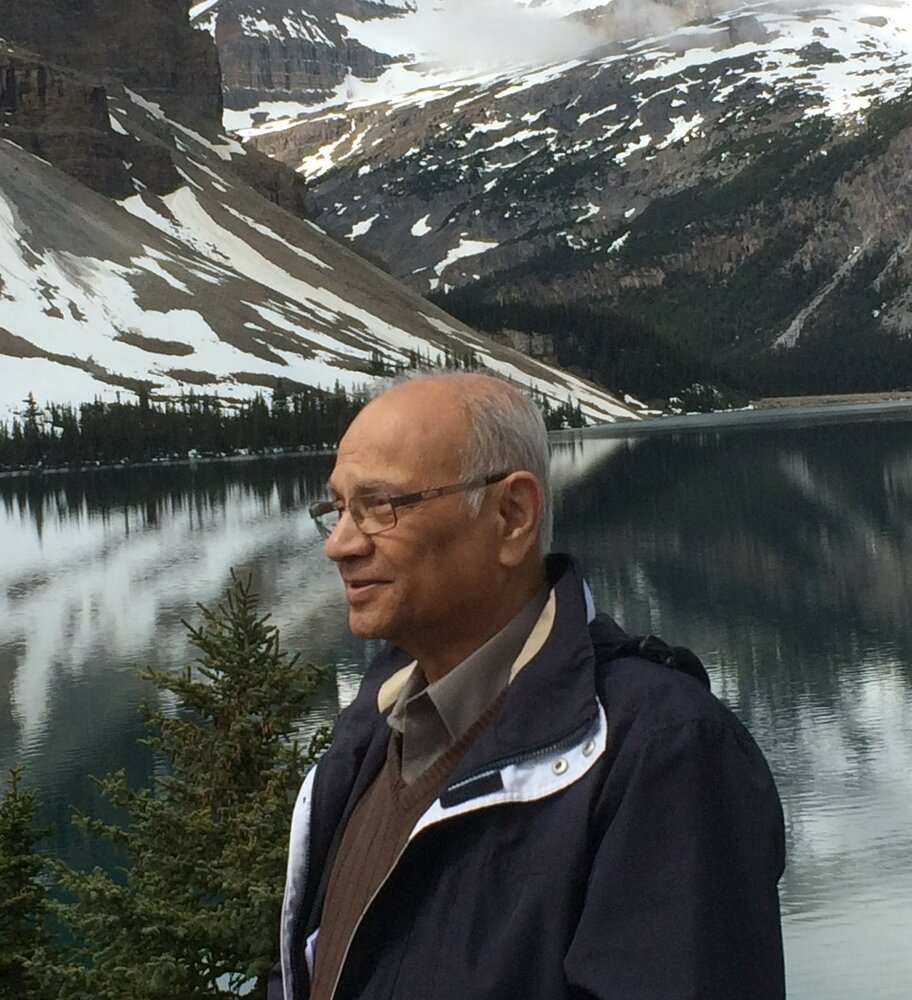 Arun passed away peacefully surrounded by his family on Monday, April 11, 2022.  Beloved husband of Anagha. Dear father of son Ashish (Terry) and his daughter Sarita (Doug). Arun cherished his grandsons Matthew, Aidan, Kiaan, and Tejas. He will be deeply missed by all who knew him, and his memory will be forever held by those who love him.

Arun was born in Pune, India May 2, 1941, to Murlidhar and Shanta Dighe, and was the eldest of four siblings. Arun came to Canada in 1969 to study at the University of Saskatchewan and later the University of South Dakota where he was working on his Masters.

In Spring 1971, he began working for what was then known as the Department of Indian Affairs and Northern Development. He was a District Manager in North Battleford, Saskatchewan where he lived until 1985. He continued his career throughout his moves to Thompson then Winnipeg, Manitoba and finally Thunder Bay, Ontario where he retired in 2005. Arun was a consummate professional who understood and valued public service. He made many lasting friendships throughout his career. Arun loved spending time with friends and family, traveling, experiencing new cultures and cuisines, painting with watercolors, golf, reading spy novels, playing cards, and debating politics and current events.

Family and friends are invited for a time of fellowshup and refreshments immediately following the service.

Share Your Memory of
Arun
Upload Your Memory View All Memories
Be the first to upload a memory!
Share A Memory
Send Flowers