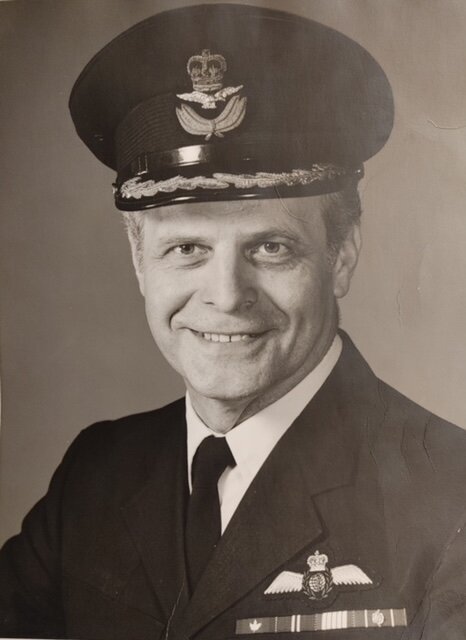 Born in Toronto, Ed was the youngest son of the late Petronela and Wladyslw Bonderski, and brother of Henry and Genevieve.

Cherished husband to his first wife, Jacqueline (Gagnon) of Cache Bay, and dear son-in-law to Angus Gagnon and Laura (Fraser), all predeceased. Loved brother-in-law to Lorna and Joe DeSante and adored uncle to Dana, Kim, Carrie, Jody, and Tracey.

He will be fondly remembered and deeply missed by his devoted sons Gary, Shawn and Stephen.

Beloved husband to his second wife of 41 years, Susan (Rossiter), and caring stepfather to Suzanne, André, Christine, Bill, and Annette. Affectionately known as “Poppy Ed” to his six grandchildren and three great grandchildren.

Ed’s career in aviation began at the age of 18 when he joined the RCAF during World War II. His 33-year military career took him to numerous postings within Canada, and overseas to England and Scotland.  On Canada’s east coast, as a radio officer, he was part of anti-submarine patrols.  In later postings he served as a navigator and spent many years surveying the Canadian north.  Ed later rounded out his exemplary service as “Mr. Recruiter” and was well known for his vast knowledge and experience in recruiting matters.

Transitioning to civilian life, Ed continued his service to Canada at the Department of National Defence until his second retirement in 1990.

An avid reader who loved music, dancing and travelling, Ed always liked to keep himself busy. He enjoyed gardening and the cottage life, and kept a watchful eye on the Maple Leafs and the Blue Jays.

He was well-respected, and will be remembered for his integrity, guidance, and wisdom. He was a good man.

The family would like to thank all the health professionals at Extendicare Medex for their endless support, care, and compassion.

A Celebration of Ed’s Life will be held at a later date.

Memorial donations in Ed’s memory to Perley Health Foundation would be most appreciated.

Share Your Memory of
LCol RCAF (Ret’d) Edward
Upload Your Memory View All Memories
Be the first to upload a memory!
Share A Memory
Send Flowers