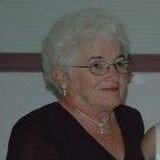 Lois was a kind and generous Mother, Grandmother, Sister, Aunt, Great-Aunt and Friend. She will remain in our hearts forever.

Individuals who wish to make a donation in Lois’ name, may consider St. James Roman Catholic Church in Eganville, ON.

Share Your Memory of
Lois
Upload Your Memory View All Memories
Be the first to upload a memory!
Share A Memory
Send Flowers