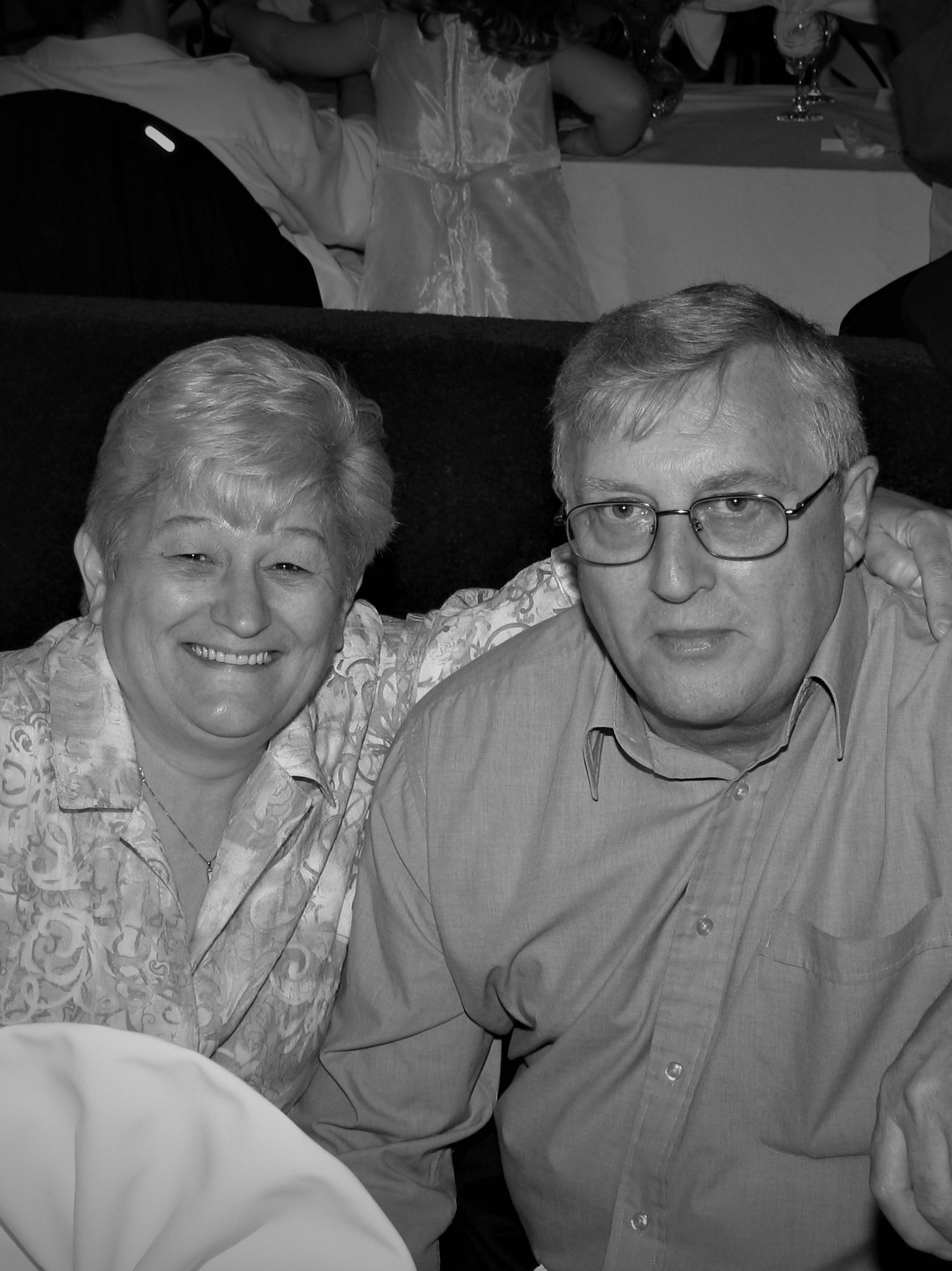 We are saddened to announce that Joan (nee Lajeunesse), loving wife, and mother, passed away on Saturday April 10th, 2021. Brian, steadfast husband, and father joined his wife on Wednesday, April 14th, 2021. Both passed after a hard-fought battle against Covid-19.

Joan was born to Jacques (predeceased) and Eileen Lajeunesse (predeceased), on October 13th, 1948, in Ottawa, Ontario. Brian was born to Richard (predeceased) and Kathleen Emmerson, on March 24th, 1948 in Liverpool, England. Joan & Brian were married for 54 beautiful years. They were dedicated parents to their children Kathy (Steve), Barry (Nancy), Craig and Kevin (Tara). They were devoted grandparents to their grandchildren Sophie (Chris), Jasmine, Louise, Kayla (Liam), Justin, Noah, and Noah. They were also a first time "Gee-Gee" and "Grumpa" to great-granddaughter Olivia.

They will be remembered through Joan’s affectionate and large group of Lajeunesse siblings, nieces, and nephews and forever thought of lovingly by the Emmerson family.

Both Joan & Brian will be dearly missed and remembered by everyone who were lucky enough to know them. We love you Mom & Dad.

Funeral services are temporarily postponed. If friends and family wish, a donation to the Heart and Stroke foundation in lieu of flowers would be appreciated. Joan & Brian were avid supporters of the Heart and Stroke Foundation and would be happy to know that they could continue that. Online condolences can be made at www.colefuneralservices.com.

Mom was an uncommonly kind woman who saw the absolute best in everyone no matter what the situation was. Everyone who knew her, loved her immediately and if you were a part of her life then you know that you were part of her family. Whether you called her Daughter, Sister, Mother, Grandma, Aunt Joan or just Joan, you knew that you were in the presence of an angel in the form of a tiny woman. She was a woman who loved with her whole heart and would give you the shirt off her back if she felt that you needed it more than she did.

Mom was grey haired at a young age and considering who she had to raise, no one would be surprised to hear that. A strong willed and fierce daughter who was not afraid to get her knuckles bloody if anyone messed with her littles brothers. Three boys, as if that were not enough on its own; we were all born two years apart and constantly competing for the attention of well, anyone! That would have been enough to turn any woman’s hair grey. No matter what we threw at her, she loved us unconditionally and even encouraged a little mischievousness along the way… shh! do not tell Dad.

Mom would light up like a Christmas tree if you stopped by and challenged her to a game of Scrabble. Occasionally she would even let us win a game! As kids you could make her day with a simple construction paper and crayon card that said, “I Love You”. Like Tarzan, Superman or Robin Hood you were her absolute hero if you managed to kill that tiny moth that was terrorizing her all afternoon.

A self-proclaimed “night owl”, Mom loved to say; “I may sleep until noon but once I’m up I don’t stop”.  No truer words could have been said. Once she was moving, she was like the energizer bunny. She would do everything she could do for everyone else before she finally settled in for a little “me” time, usually involving a quiet game of “BINGO”. Quiet? Yeah right! Mom would curse like a sailor so much I used to wonder why she even played the game, but she would say, “that’s part of the fun”.

She was always excited for whatever anyone wanted to do. If you included her in your plans, she would be there. When her sisters decided to get a tattoo at the age of 67, she was first in line with a big yes, and without a flinch she was tattooed “3 of 7 Sisters”. She was a total bad ass!

Mom was strong and fragile, timid with a hidden ferocity, intelligent and innocently naïve. Sweet and kind she was the embodiment of good. We mourn for our loss but take comfort in knowing she was called home. We know that God already has a plan for this beautiful soul and whomever is lucky enough to be watched over by this guardian angel they will forever be in the best most loving hands God has created.

Dad was as strong as an oak and just as silent. Not one to mix words but on the occasion when the right subject came up, he was a real “chatty Cathy”. Dad was a tough man to get to know but if you did, I think one word would be at the forefront of your mind “RESPECT”. Dad had a way of commanding respect without even really trying, you just gave it to him willingly and un-regrettably.

Sometimes I think Dad was most happy at work because he rarely ever took a day off. Dad was truly in his element when he was surrounded by noisy, hot, steam generating machines and the people who worked with him. Again, the word respect comes to mind as everyone who worked with Dad had the utmost respect for him.

Dad loved his music from the 50’s and 60’s and those quiet, no talking drives to school, hockey practices or shuttles to and from a part time job, were always filled with classic music of Elvis Presley, Buddy Holly or Chuck Berry and let us just say talking over the volume would have been difficult. The love of 50’s and 60’s music was only dwarfed by the love of cars from that era. On a vacation to Cuba, he was in his glory cruising the streets in a Chevy 57 Bel-Air. I do not think the smile left his face for the rest of the trip.

Whether it be Friday hockey games, and the occasional softball game, Dad did not have a competitive side, but he was always out to play and have a beer afterwards. He loved his Boston Bruins; I swear he bled black and gold. A gene he passed down to two of his kids and if the game was on and they were together, whatever you were doing you were doing it quietly. I think Dad read every Steven King novel that was ever written and once read it was placed methodically on the shelf with the rest. Trips to Las Vegas or just down the way to Akwesasne Casino for a weekend of Slots, Monster Bingo, or the occasional turn at the craps table. If he was comped a meal or a room for the night, it made him feel like a real high roller.

Growing up with Dad was not easy and if you did something that made him mad, look out! He could be a scary man, but, if you did something to make him laugh? His laugh was contagious. Many family get-togethers were filled with Dad cracking jokes, or more likely, sarcastic comments, that were a perfect combination of intelligent wit met with impeccable timing.

Dad was strong, tough, and any other synonyms you can find, but was also caring. If he was too quiet you knew he was worried about one of his kids or grandkids. This is how we knew dad loved us. He was intelligent and always there to offer sound advice and not afraid to call you “dumbass” if you earned it. Sarcastically funny, if you earned a nick name, he was likely the one who branded you with it. A man to be looked up to, admired, loved, and respected. A man you would be proud to model yourself after.

We love and miss you dearly, Dad.

Share Your Memory of
Brian & Joan
Upload Your Memory View All Memories
Be the first to upload a memory!
Share A Memory
Send Flowers