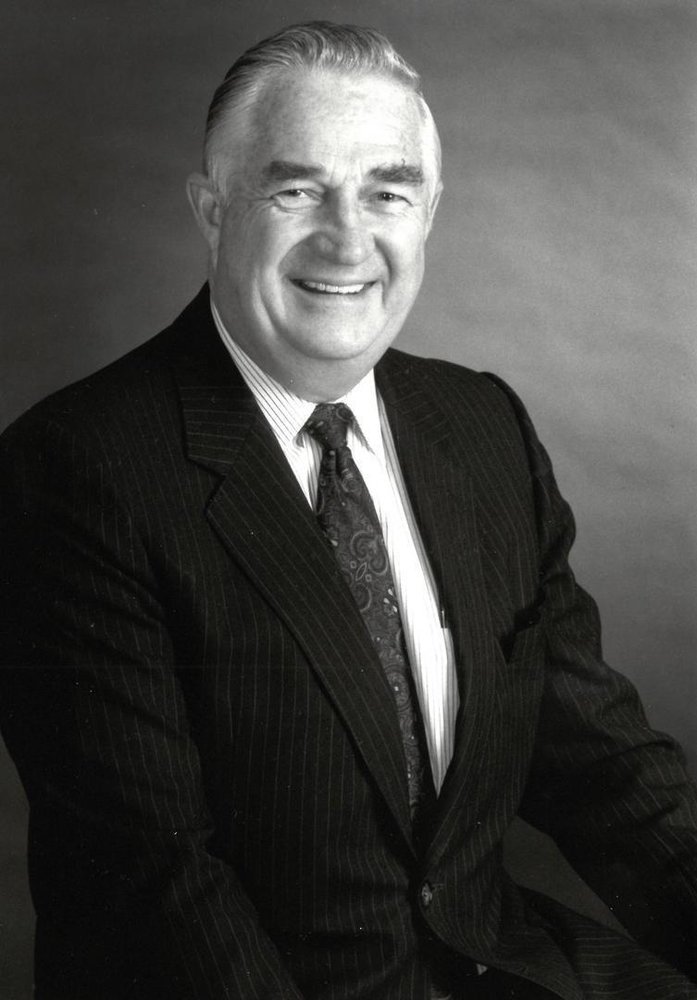 After persevering through a lengthy decline in health, Vic passed peacefully at home surrounded by his family on Friday December 11, 2020 at the age of 84. Vic was born in Toronto, Ontario on October 2, 1936 to his Father Harry Jones and Mother Muriel (McWilliams) Jones. The youngest of three children he grew up in Toronto where he met and married his wife Marilyn Fitzpatrick. Together they embarked on their journey and partnership which brought them to Ottawa in 1967 and formulated Capital Food Services which grew exponentially into multiple Food Services. He firmly believed in his CFS and Capones families that all employees were key elements in the business. As an entrepreneur Vic was committed to giving back. He led and participated in multi fundraising for the community. He was named Business Man of the year in 1985 and Restaurateur of the year in 1993. Vic was predeceased by his parents and daughter Leanne Karen Jones. He is survived by his loving wife Marilyn of 60 years; Devoted Father of Steven Jones, Andrea Giampaolo (Michael); Proud Grandfather of Emma Jones, Carmelo Luca and Dante Giampaolo; Dear brother of Edwin (Sonya) Jones and Shirley (William) Firth. Vic was an animal lover and sports enthusiast. He actively participated from childhood in hockey, golf, fishing and hunting. He enjoyed life outdoors and the camaraderie of fellow enthusiasts. Family, friends and food were central components in his life. Due to Covid-19 restrictions a Private Family

Funeral Service will be held for Vic on Saturday December 19th at 11:00am. Those wishing to view the service online, it is located here, Recorded Funeral Service

A video tribute can also be viewed at www.colefuneralservices.com The family wishes to thank Dr. McGuinty and her Ottawa Heart Institute Palliative Care Team, Champlain LHIN, Carefor Agency and front line workers, enabling us to care for him at home. People wishing to honor Vic’s lifelong commitment to family and community can make donations to the Leanne Jones Memorial Endowment Fund through the Ottawa Hospital Foundation for continuing Nursing Education at www.ohfoundation.ca or charity of choice.

Saturday, 19 Dec 2020 11:00 AM - 12:00 PM Info: Private Family Funeral Service To view the Funeral Service please follow this link: https://www.oneroomstreaming.com/view/authorise.php?k=160789711690151
Share Your Memory of
Victor
Upload Your Memory View All Memories
Be the first to upload a memory!
Share A Memory
Send Flowers