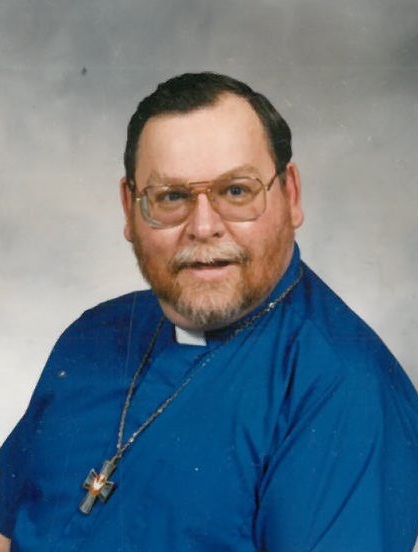 Passed away peacefully at the age of 76 years, at Extendi Care Starwood Home on Tuesday October 18th, 2022.

He leaves behind his loving wife Yvonne Annette Gervais, their two sons Michael and Mark.  His daughter in law, Mark's wife Jessica Kutchkoski, and grandsons Brody and Jaxon. Many cousins and many friends.

David, an Anglican priest, served the Lord as an evangelist. First in church Army,  then ordained deacon in the Anglican Church of Canada in 1988, then priest in 1989, in Saskatchewan. David would go on to serve many parishes throughout Saskatchewan, Ontario, and Quebec. In 2015 He joined the Anglican Network in Canada and was an honorary Assistant at Blackburn Hamlet Community Church. David also worked with the Gideon's to provide Bibles for those who needed them around Ottawa.

The Funeral Service will be held on Thursday October 27th at 2:00 p.m. in St. Peter and St. Paul's Anglican Church at 152 Metcalfe Street with visitation preceding service. A Private Internment will be held later at Pinecrest Cemetery.